Q: I would like to use an Antivirus Command-Line tool before moving a file to its Destination. Can you recommend an antivirus scanner that your software can call and scan the file before transmitting?
A: Since Microsoft Defender Antivirus is installed on latest OS versions we decided to use the command-line version ( mpcmdrun.exe ) of this AV. 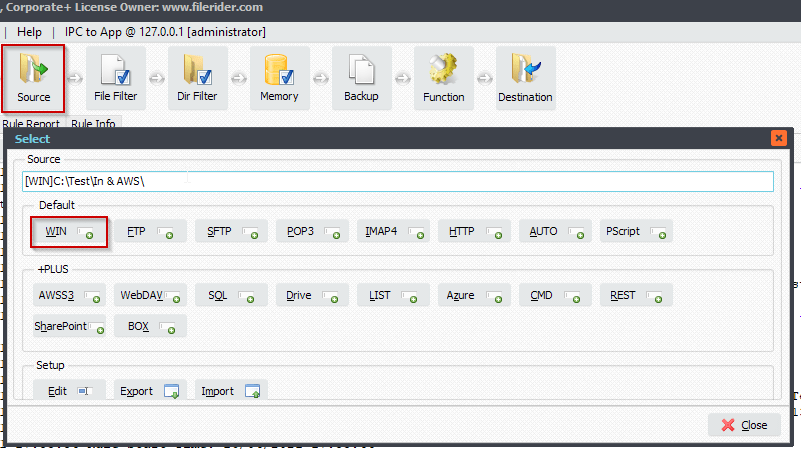 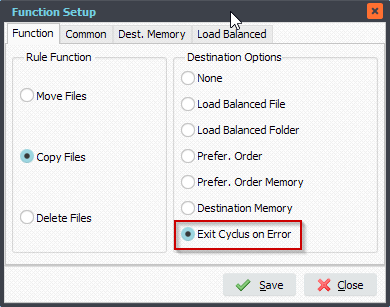 When the AV scan is successful the ExitCode will be 0. All other values will be treaded as an error and will result in the source file not being moved to the second destination due to the ‘Exit Cyclus on Error’ selection in the Function setup. 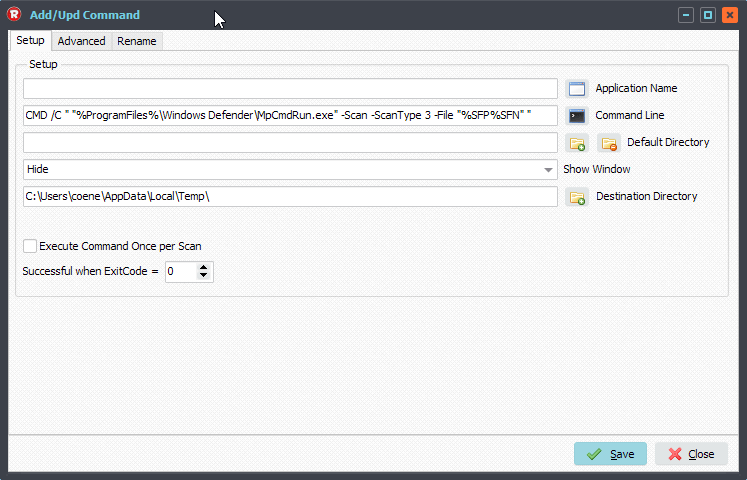 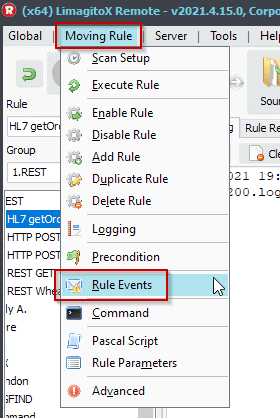 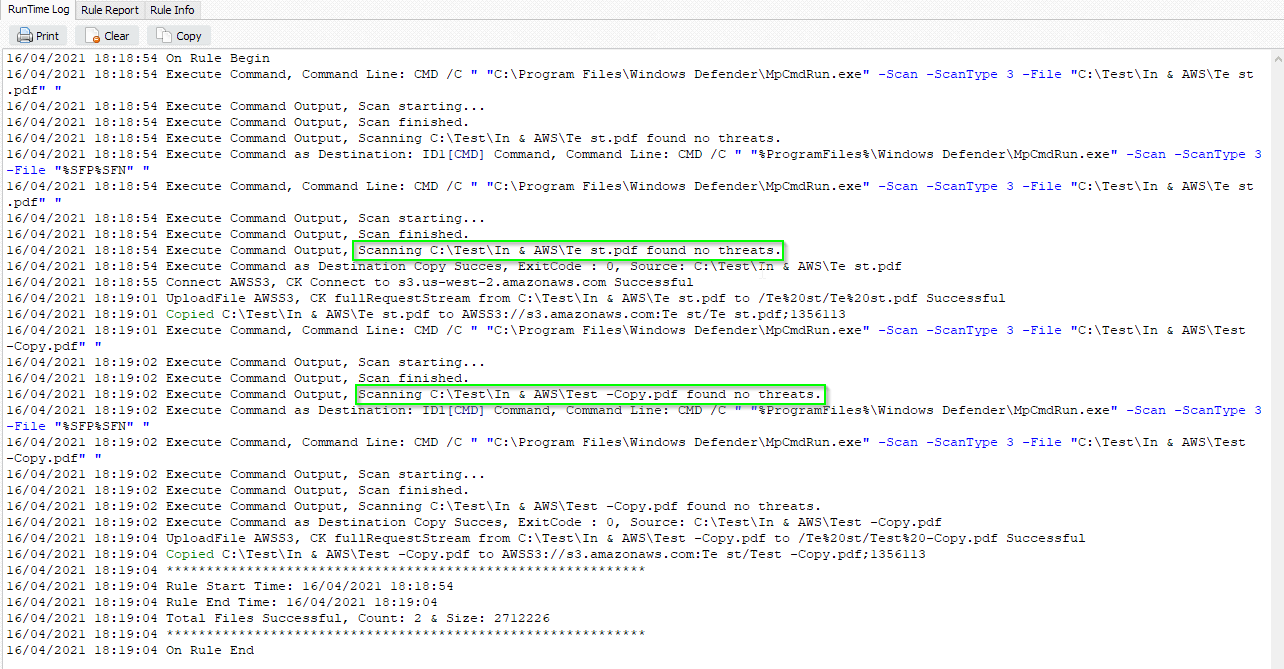 If you need any help with this ‘Antivirus Command-Line tool’ request, please let us know.

Limagito filemover is an automated file mover solution handling everything from moving, deleting to copying files.

Please don't hesitate to contact us if you have any questions about our product and services.

Q&A List of Questions and Anwers of LimagitoX File Mover
Second AWSS3 Vendor option was added in Limagito File Mover
Q&A 43: Read first line of a file and move to a specific folder
Moving a file based on specific filename part to specific folder
© 2007-2021 Limagito file mover software // Build by